The 2020 Nicol-Brown Judges in Concert by Video!

You can still host a watch party with your friends in their own homes!

The concert video premiere was streamed at 7:00 pm EDT on Friday, October 9 on the Nicol-Brown Facebook page, thanks to our four judges, and our production team of Andrew Douglas and Eric Ouellette, who have all given generously of their time, above and beyond. The concert is still available on the Facebook page.

The concert video is now posted on the Piper’s Dojo Youtube channel, so that our friends without Facebook accounts will not be left out.

The concert was presented by the Nicol-Brown committee as a benefit for the continuing mission of encouraging amateur piping.

Please also consider a donation to the National Piping Centre, who hosted Sarah Muir’s recording session for the Nicol-Brown.

Join us for two exceptional hours of music by Jack Taylor from Aboyne, Scotland; Patrick Molard, from Maël-Carhaix, Brittany; Sarah Muir from Glasgow, Scotland; and Matt MacIsaac, from Cape Breton and Ontario.

Matt MacIsaac is an extraordinary musician, recording artist, and solo piper. His concerts and recordings have included bagpipes, whistles, banjo, guitar, and percussion—as a solo artist, or with Natalie MacMaster or other Celtic groups. Matt’s solo piping achievements include winning the Piobaireachd Society Gold Medal (Canada) in 2019 and the Highland Society of London Silver Medal at Oban in 1998. Matt is a piping instructor for the St. Andrew’s College Pipe Band in Aurora, Ontario.

Sarah Muir is from Campbeltown, Argyll, and currently lives in Glasgow. She began piping at the age of 10 under the instruction of Ian McKerral, and later received tuition from Jim Henderson, Stuart Samson, Glenn Brown and currently, Willie McCallum. She played with Kintyre Schools Pipe Band during her time in high school, then joined Inveraray and District for 2010–12, and Shotts and Dykehead Caledonia for the 2013–17 seasons. She graduated from the Royal Conservatoire of Scotland in 2013 with a BA (Honors) in Scottish Music - Piping and is currently employed by Fife Council as an Instrumental Bagpipe Instructor. Sarah’s solo piping prizes include 1st in the MSR at the 2020 Uist & Barra Invitational Competition; 1st in the Premier grade MSR and A grade piobaireachd at the 2019 Captain John MacLellan Memorial competition; 1st in the A grade Marches at the 2019 Argyllshire Gathering; and winner of the Dunvegan Medal at the 2019 Skye Highland Gathering.

Born in Saint-Malo in North Brittany, Patrick Molard started playing the pipes at the age of 14 in his local bagad. His first Piobaireachd instructors were Jakez Pincet, Robert U. Brown, and Robert B. Nicol. In the early 1970s, Patrick was involved in the revival of Breton music and culture, initiated by the celebrated Alan Stivell. He became a professional musician, touring Europe with different groups, and conducting research in his own country, collecting material from singers and biniou and bombarde players. Patrick won the coveted international MacAllan trophy (now MacCrimmon trophy) in Lorient in 1980, 1981, and 1982. He also won the title of Champion of Brittany for bombarde and biniou playing three times, along with his friends Youenn Le Bihan and Yves Berthou. Patrick has been involved in the making of more than 50 albums, and has recorded six albums under his own name. Having retired from his permanent job as a music teacher at the Music School of Carhaix, he frequently leads seminars and workshops both in Brittany and abroad, notably Galicia and Asturias in Northern Spain. In 2017, Patrick published a book of tunes called Pipers Meeting, with the help of his friend, Jack Taylor, who did the work of transcription in staff notation from Patrick’s singing of the vocables of tunes from the Nether Lorn manuscript by Colin Campbell.

Jack Taylor was taught piping in school in St Andrews, Scotland, by Bert Barron, and later while a medical student in Aberdeen by R. B. Nicol and R. U. Brown. He started piobaireachd around age 14, and is still learning. He won the Gold Medal in Inverness in 1973 and the Silver Chanter in 1984. He played with Buchan Pipe Band as part of their Grade 2 World’s winning team in 2010. He is past president of the Piobaireachd Society, and, in collaboration with Patrick Molard produced the collection, Pipers Meeting: New Tunes from the Campbell Canntaireachd, in 2017. This puts 45 tunes from Colin Campbell’s Manuscript (Nether Lorn Canntaireachd) onto the stave, most for the first time. He has amused himself during lockdown by putting some of these onto social media. He sees pupils on the screen regularly. 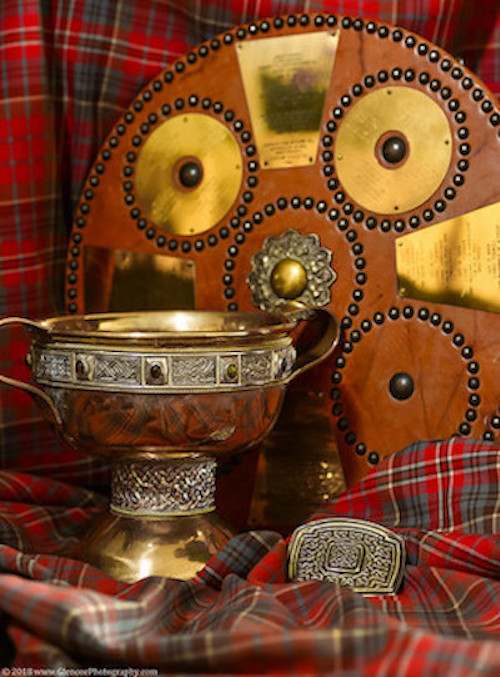 The Nicol-Brown Concert, Contest, and Master Classes are made possible every year by donations from the EUSPBA and other generous sponsors and volunteers. We love our donors!

The finest Amateur pipers from across North America earned invitations to play in an elite solo competition consisting of three events: 6/8 Marches, Piobaireachd and MSR. The contest is dedicated annually to the memory of Robert U. Brown and Robert B. Nicol, the Masters of Piobaireachd. This year’s contest was judged from video submissions for the protection of our judges, competitors, and audience members.

THE AWARDS CEREMONY was hosted at noon Eastern Time on October 10 via Zoom, thanks to The Piper’s Dojo.

Complete results and links to videos of the winning performances have been posted on our results page.

Nicol-Brown competitors were given the privilege of receiving Piobaireachd instruction from Jack Taylor and Patrick Molard, and Light Music instruction from Sarah Muir and Matt MacIsaac. Pipers at all levels were invited to register to attend the Master Classes as observers, and learn from the suggestions given to each competitor. Topics included musical expression, technique, and improving performances toward the professional level.

Admission to all of the 2020 Nicol-Brown virtual events was free, thanks to sponsorship by the EUSPBA and other generous members of the piping community.